A kitchen reno put a dent in this Alberta teacher’s TFSA. Now she has to play catch up for retirement 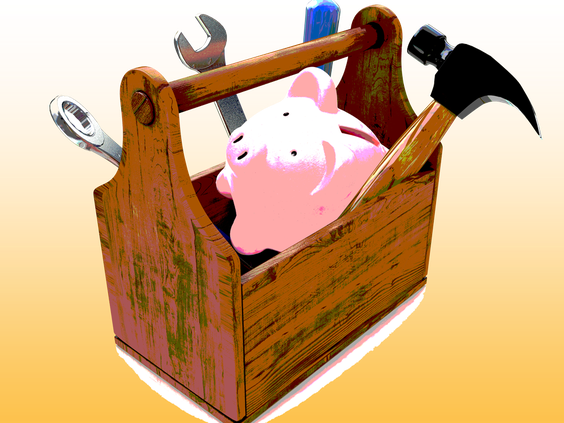 A woman we’ll call Brenda, 56, lives in Alberta with two children aged 22 and 14. She brings home $5,250 per month and adds $4,000 monthly child support that will drop to $500 per month in two years. She would like to retire in a few years, but timing the end of her career is problematic. She needs to balance her expected expenses with expected income. She will be able to depend on a teacher’s pension which, with a $20,000 buy-back contribution, can provide $44,517 per year starting in two years at her age 58. Her goal — $5,000 per month after tax when retired.

Brenda still has $1,700 per month to pay on her $26,040 outstanding mortgage. It will be paid in full in 15 months. Her private savings — $273,000 in RRSPs and $10,400 in TFSAs will boost her spending capacity but will clearly not support her present budget of $9,250 per month. Adjustments have to be made. Some, like a lower food bill when her children move out, will happen in due course. Others, such as deciding which accounts to tap for future income, need analysis.

Family Finance asked Eliott Einarson, a financial planner who heads the Winnipeg office of Ottawa-based Exponent Investment Management Inc., to work with Brenda. There are problems, he explains. Much of her TFSA portfolio was used for a kitchen reno, leaving a balance of $10,400. She can make up for the reduction by working part time as a substitute teacher for $30,000 per year. In her 30 per cent average tax bracket, Brenda has to earn $3,000 or take that much out of RRSPs in order to be able to spend $2,000.

If Brenda retires in two years, she could buy back a previous year when she was working part time. She would gain $44,517 annual gross income for a cost of $20,000.

If Brenda waits for five years to age 61 to retire when her younger child graduates from high school, her pension with the $20,000 buy back would rise to $50,493 annual income before tax. Her RRSP with two more years growth would rise to a balance of $314,900 with $6,000 annual contributions and a three-per-cent return after inflation. That sum would then support $16,687 taxable RRSP income to her age 95. She would add $8,900 annual CPP (that’s $742 per month) at age 61 for total income of $76,080.  After 20 per cent average tax, she would have $5,075 per month for living costs. The $8,900 CPP is a significant component of income, but it reflects a reduction of 7.2 per cent per year for each year before 65 that it starts. Four years adds up to a 28.8 per cent annual cut forever in CPP payouts. Brenda could avoid that loss by reducing spending by $742 per month for five years. Reducing travel and entertainment, currently $700 per month, by $400 and taking $300 out of monthly subsidies to her children would do it. The choice comes down to pleasure now or pleasure later.

Brenda could raise income by moving investments from their present home in mutual funds to exchange traded funds. Her investment dealer has put her into a 60 per cent equity, 40 per cent bond allocation, which, these days, guarantees low and declining fixed-income returns. She might save one or two per cent per year in fees using ETFs that replicate her high fee mutual funds. On a present invested base of $283,400, even one per cent saved, $2,834 per year, would cover travel or other spending she might forego.

She could seek independent investment advice not attached to product sales, Einarson notes. The potential rewards could enhance her desired retirement.